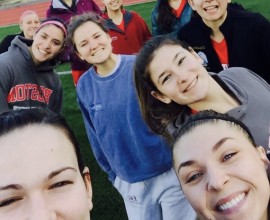 BUWCS’ home opener came with much thrill and anticipation for the girls, as they sought their first W on home

BUWCS Prepares for the Spring Season

After months of waiting to get back on the field, BUWCS is finally counting down the days. Beyond being able

Due to a full roster of returning players, we will not be holding tryouts for the Spring 2016 season. Any

BU vs. MIT on Wednesday night captured the effervescent nature of BUWCS and their strong abilities to dominate in virtually

BC is, by virtue of custom and tradition, BU’s most hostile long-standing enemy, particularly in the realm of sports.  Friday 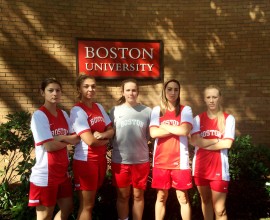 Northeastern has always been considered a strong rivalry to BU, not only due to their location just across the the

Friday night was not only BUWCS’ season home opener; it was their first game ever on home turf as a 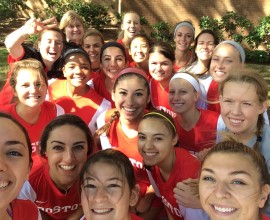 BUWCS Round Robin vs. Umass Amherst and Saint Anselm

BUWCS started their season with a two-match opener, where they faced Umass Lowell and Saint Anselm. In their debut, the 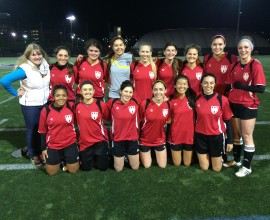 Practices used to consist of a groggy 5:30 a.m. walk to Magazine beach (across the BU bridge); a struggle to

UPDATE: September 8th, 1:18AM We are so excited to invite the following new players to our team. Thanks to everyone

Since the team is now an official BU club sport, all players must be deemed medically compliant with the ATs