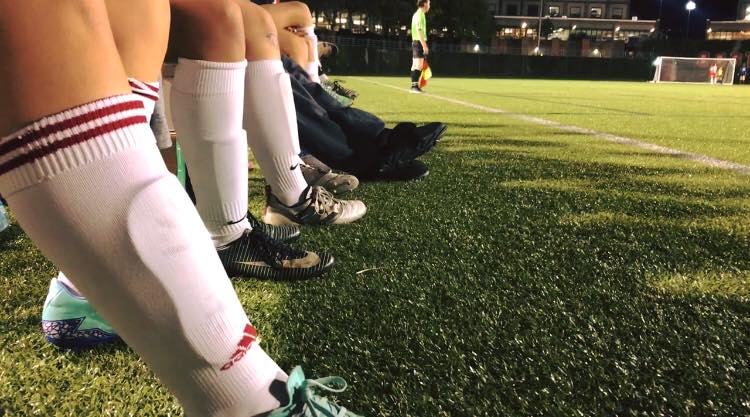 Last Sunday BUWCS saw a rough end to an undefeated streak with a 0-3 loss to BC. Your ladyballers came out strong with a burst of energy that put BC on their toes right off the bat (almost scoring in the first few seconds might we add)! The gals were able to put high pressure on BC with quick plays and dynamic combos. Unfortunately, BC was able to find their footing and match pace finding a few gaps in the defense to score all 3 goals in the first half. After a good ‘ole halftime rally, BUWCS came out ??? up in the second half, holding off BC’s offensive attacks and shutting them out. Though it wasn’t the desired result, this game was one of BUWCS’ best! That evening, Nickerson saw some GREAT futbol with beautiful ball movement, spectacular energy, and great sportsmanship all around.

This match was physical and left the girls with some nasty turf burns and bruises, but there’s nothing like playing a suitable opponent. The last game of the season was against Connecticut College’s varsity team, so stay tuned for our latest update!